PRESS RELEASE. (Puerto Rico, USA – May 6, 2021) To celebrate its numerous recent successes, one of the world’s foremost decentralized social networks, Pocketnet.app, has launched a trading contest on its newest exchange, Bilaxy.com. Competition ends on May 13th, the rewards for active PKOIN traders on Bilaxy just doubled to total 20k PKOIN! PKOIN already gained over 960% since its recent start of trading on the Bilaxy exchange.

Pocketnet – think Facebook / Twitter / YouTube minus the censorship, all built on Bitcoin-like foundation. Pocketnet has also solved one of the key challenges of a censorship-resistant social media platform, which is content moderation. The network sits atop fully autonomous, decentralized nodes. Pocketcoin, the native token, helps facilitate this censorship resistance. If you like crypto, you’re gonna love Pocketnet!

Pocketnet was born out of a desire to return the power and control of social networks back to the rightful owners… the users! The Pocketnet team, spread across the globe, has worked tirelessly for over two years, and their core desire has now manifested in obvious results. The censorship-resistant, decentralized foundation is complete, new features are being released frequently, and the user base is experiencing rapid organic growth. Pocketnet operates as a Proof-Of-Stake network, and PKOIN rewards are shared between Pocketnet nodes, and content contributors. Look at that… a social network that actually cares about its users!

Prizes: From 50 PKOIN up to 1050 PKOIN to the Grand Champion (with an invitation to meet with a private group of Crypto OGs that will be monitoring the competition)

Pocketnet is set to release a decentralized p2p encrypted messenger on May 12th. It will be a truly private and decentralized alternative to the likes of Whatsapp and other similar apps, controlled by Big Tech. Release is scheduled for the second half of June.

Pocketnet Core team is also working on an NFT 3.0 project, that will allow to auction NFTs without reliance on external sources like IPFS. Pocketnet’s NFT 3.0 will also include the ability to show only the preview of the artwork, so that the winner gets the encrypted copy of the full work along with a key to decrypt the NFT. A truly unique self-contained NFTs on the blockchain will become possible. Release scheduled for July.

Pocketnet Core team is also preparing a release of the decentralized video platform connecting the blockchain to video streaming servers, thus providing a decentralized alternative to Youtube. Release is scheduled for the beginning of June.

Pocketnet is a decentralized, open-sourced, non-corporate project. It is modeled on Bitcoin and can be called the Bitcoin of social networks. Pocketnet is supported by a network of equal decentralized nodes with users maintaining full control of their data and content.

Pocketnet rewards node operators, and all content contributors. Active users can gain reputation, and may then participate in the sophisticated content moderation system.

Many active bloggers have abandoned Big Tech’s social network, and turned their attention to Pocketnet.

Pocketcoin (PKOIN) is the native token that facilitates the Proof-Of-Stake network, and emission is limited to 24,375,000. There was no premine or ICO, as the Pocketnet team is dedicated to the Bitcoin model which encourages meritocracy.

This is a press release. Readers should do their own due diligence before taking any actions related to the promoted company or any of its affiliates or services. Bitcoin.com is not responsible, directly or indirectly, for any damage or loss caused or alleged to be caused by or in connection with the use of or reliance on any content, goods or services mentioned in the press release. 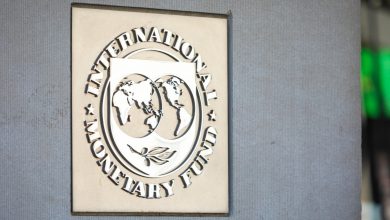 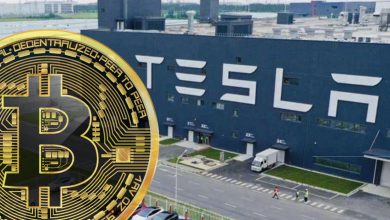